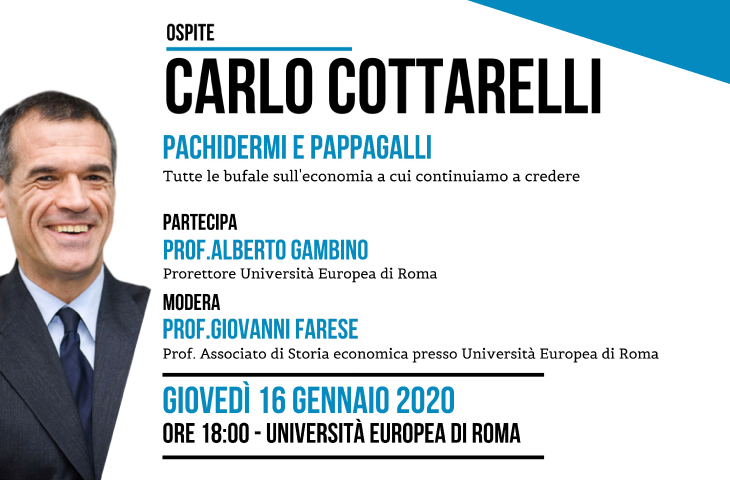 In November 2013 he was appointed extraordinary commissioner for the public expenditure review and the following year he became Executive Director on the Board of the International Monetary Fund. Since 2017 he has been Director of the research centre Osservatorio sui Conti Pubblici Italiani of Università Cattolica di Milano.

Prof. Cottarelli will help us to understand the economy of our country and the world economy, learning to distinguish the truth from the exaggerations that are artfully created by the relentless propaganda on social media and, increasingly, on traditional media.

The meeting will be introduced by Prof. Gambino, who will welcome both the guest speaker and the participants on behalf of the university, and it will be moderated by Prof. Giovanni Farese.

Our students, former students, alumni and the audience will have the possibility to ask the Director of Osservatorio sui Conti Pubblici Italiani questions and clarifications on nowadays “Misinformation Techniques”.

An aperitif will also be offered.

Entrance upon reservation by writing to ldesantis@unier.it